How Joyn Successfully Delivered ASA's 2021 Hybrid Event to Over 1,500 Attendees

The ASA is the professional organisation for Australasian sonographers who are the experts in ultrasound. With over 7,000 members, 75% of which are Australasian, the ASA has a significant role in supporting and advising the profession about the highest standards of providing the best possible outcome for ultrasound patients. Its vision is for a healthier world through sonographer expertise.

The Conference
At A Glance

As the world’s leading end-to-end virtual event platform, the Australian Sonographers Association engaged Delegate Connect to deliver their Annual International Conference, one of the largest international gatherings of sonographers in the southern hemisphere.

For the first time, this key event on the sonography calendar was a hybrid conference broadcast from the Brisbane Convention and Exhibition Centre in 2021. This was a large-scale conference held across three days, in nine rooms, with more than 1,500 delegates in attendance, 950 of whom were virtual attendees.

With such a large amount of content, was important for ASA to provide a seamless experience for both in-person and virtual audiences. One of the reasons the event is so important to the ASA and its members is that it allows sonographers to boost their CPD points.

It was also crucial to the ASA that the onsite exhibitors and sponsors could engage easily with virtual and onsite delegates. By deploying its networking features, Joyn facilitated this engagement via one-to-one video meetings, round table rooms and live chat.

Attendees also took part in a passport competition where they could interact with the platform and other delegates. E-posters and Abstracts were a vital event element where delegates could immerse themselves in additional information.

ePosters displayed for the virtual audience.

When Joyn was initially contracted to facilitate the conference, the plan was to work closely with the venue's audiovisual team to live stream via Joyn's platform.

However, as planning progressed, it became clear to both the client and Joyn that the latter were leading experts in delivering hybrid events. Therefore, it made the most sense for its team to go to the venue and manage in-room delivery and live streaming.

The preparatory work included building the necessary white label. Not least, creating a customised online platform, briefing speakers and sponsors, providing live help-desk support for delegates and speakers and producing live streams that could be accessed on any device, from anywhere in the world.

Joyn pivoted its delivery within a few weeks and took its team onsite to deliver an outstanding hybrid event. 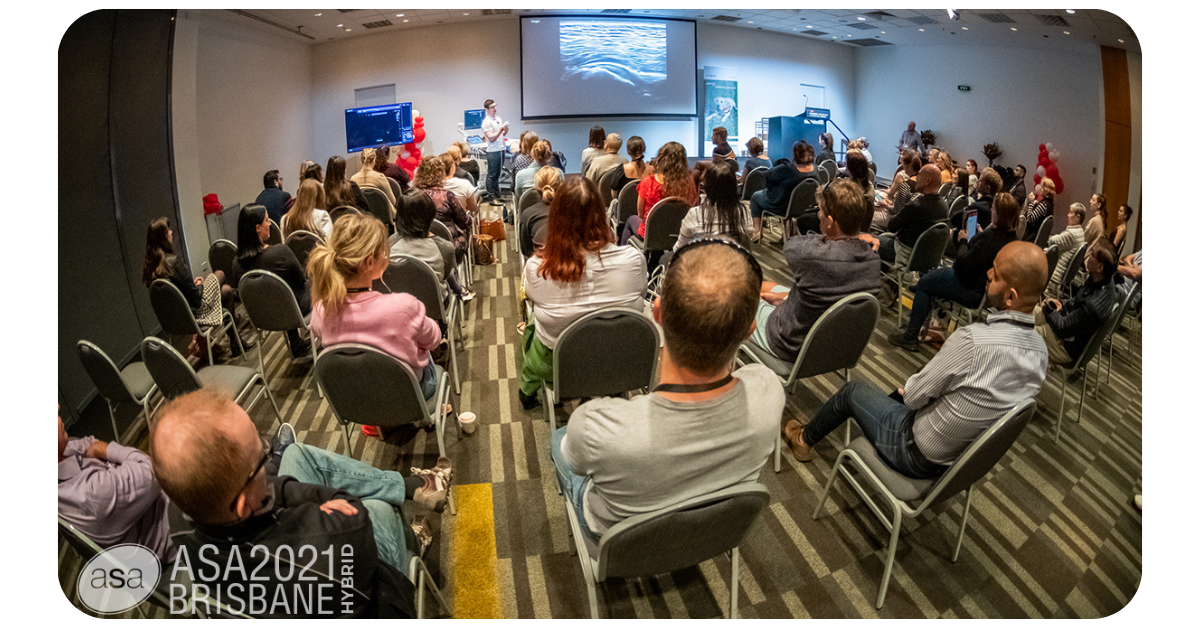 Delegates who attended the event in person and online were given on-demand access to all the lecture recordings after the conference. They just have to log into their ASA 2021 Brisbane Hybrid Account, which they could on the ASA website. In addition, virtual delegates could participate in the live conference in real-time, including asking questions.

The conference was a great success, and the feedback from the onsite and virtual delegates was outstanding. As a result, the ASA was so happy with the results that Joyn has been engaged to deliver its 2022 hybrid conference.

Joyn was able to pivot quickly and deliver an onsite hybrid event in just a few weeks. 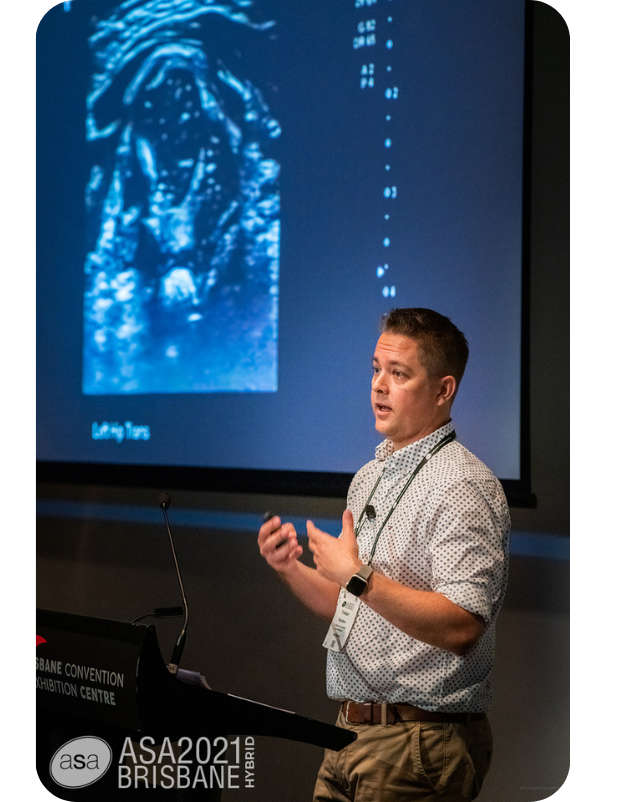 your next event together.

We are passionate about delivering world-class events. Book a demo or get a free consultation with one of our experts.

Be in the know Sign up for our newsletter

Don’t miss out on monthly updates about Joyn and everything you need to know about the future of engagement & event technology.